There is a growing body of research for what is referred to as the “opiate peptide theory“. This research indicates that the ingestion of the two proteins gluten; found in wheat, barley, oats, rye and spelt, among other grains, and casein, a milk protein, affect normal brain function. It may be that a digestive abnormality hinders the ability to fully break gluten and casein down and the resulting small protein chains have a structure and function similar to opiates (such as morphine, opium, etc.). As these protein chains travel into the bloodstream, they can alter brain function and cause immunological and intestinal symptoms.

Our clinicians often prescribes the Gluten-free/Casein-free (GFCF) diet for patients with chronic illness, neuropsychiatric disorder or or developmental delay who may be sensitive to these peptides, unable to effectively break down casein and gluten, or predisposed toward increased active transport of these peptides across the intestinal lining. The GFCF diet is based upon the elimination of all foods containing gluten and casein, so as to allow the body to function in the absence of these psychoactive substances. Special attention to foods where gluten and casein are “hidden” (often in plain sight) can be the difference between success and failure with this diet. We have a special compilation packet for our patients beginning this intervention.

Andrew Levinson, MD (“Dr. Amrit”) is the founder and director of Vitality Health and Wellness. He is a physician, psychiatrist, body worker, and yogi, working with children and adults alike. His dynamic approach to wellness combines lifestyle change, soft-tissue manipulation, hypnosis, diet, Functional Medicine and Orthomolecular Psychiatry. He is also an expert in yoga and meditation; having studied extensively and directly with the master of Kundalini Yoga (Yogi Bhajan).
View all posts by Andrew Levinson → 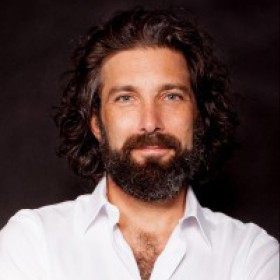