Case History and quote: J.K. is a 4 y/o male that was diagnosed with Autism at 2 years of age. His early life was complicated with multiple ear infections, eczema and asthma. By 22 months he had lost eye contact with dilated pupils, would not respond to his name, insisted on having toys set up in a line, and walked on his toes. He would babble to himself but had no interactive speech. His diet consisted of macaroni & cheese, grilled cheese, pretzels, waffles and pancakes.

He was first evaluated at Vitality Health and Wellness in September 2000. He was started on cod liver oil and High dose vitamin B6. Within 3 weeks, the patient began to talk in several word sentences, pupils would constrict within an hour of taking the cod liver oil, and eye contact began to normalize. He was found to have high levels of intestinal yeast metabolites and food based opiates were found in his urine – derived from wheat and dairy.

A complete casein and gluten free diet was started, as well as treatments to eliminate the yeast. Soon thereafter, his stools became normal, his speech increased to 7 word sentences, and his interactions with his family started to normalize. He was then started on DMG (a nutritional supplement) and his speech again improved, increased to 10 word sentences…. He readily demonstrates clear thought processes and expresses spontaneous ideas and plans.

In discussions with his mother in January, 2001 she stated “It is amazing how change, coupled with the love we feel for our children and a systematic plan to follow can lead to such joy. There are no words to sufficiently express my gratitude to Vitality Health and Wellness.”

View all posts by vitality → 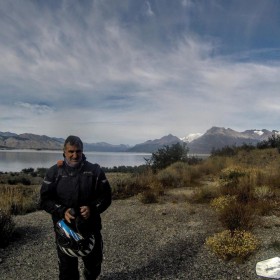